Tried an SSD disc in my laptop 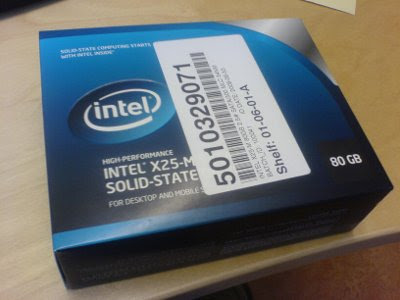 I previously had a Samsung 5400 rpm disc. The difference is notable! On a subjective level the computer feels more responsive. Opening and closing programs goes much faster! On a objective level I compared with my previous disc.

It is clear that disc intensive operations takes half the time. Sometimes even faster. The booting of Windows is such a example (if the BIOS startup process is subtracted). The reason for this (I'm guessing) is that performance degrades on a spinning drive when several processes accesses the disc in parallel.

I hope that Windows 7 can use the TRIM command so that performance of my SSD disk doesn't degrades over time as the disc fills.
Posted by Lennart at 09:31