I tested a Wacom Bamboo Pen & Touch tablet. After installing the tablet and driver I noticed that there was a delay between the movement on the tablet (both using pen and touch) and the movement of the mouse cursor on the screen. It was very noticeably when comparing to a corded mouse.

I read some hints on the internet (this blog post: http://michaelauerswald.de/2008/11/06/wacom-intuos3-on-vista-lag-problem-solved/) that disabling the Wacom Virtual Hid Driver would help. And I think it did! Now I think the delay is almost equal to the corded mouse (and that is good). 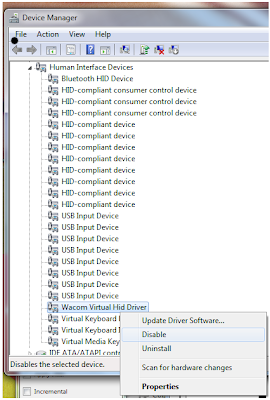